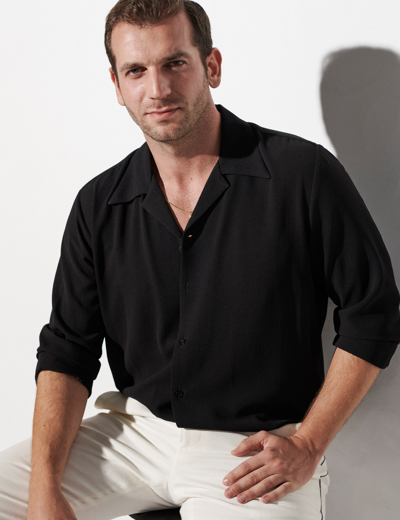 Diogo Miranda began his career in 2007. Since then has presented all his collections at Portugal Fashion.

In 2015 he debuted at Paris Fashion Week, where attracted the attention of international media including the New York Times and Harper's Bazaar.

His atelier and store are located in Felgueiras, PT where can be found their current collections, personal tailoring service for men and personalized service for brides.

In 2013 Diogo Miranda launched his e-ecommerce, a unique digital platform that provides customers and fans, a sneak peek into the world of DIOGO MIRANDA.

His creations have run the world, for their outstanding campaigns, their presence in editorials and the famous who wear his clothes, such as the international model Sara Sampaio, the Brazilian it-girl Helena Bordon, the Indian actress Sonam Kapoor and the French model and music producer Caroline De Maigret.

He was awarded in 2015 the prize GQ Men of the year, by the prestigious publication GQ Portugal.

In 2019 was invited to be the head-designer of “PAULA” the first brand of the Amorim Luxury Group.